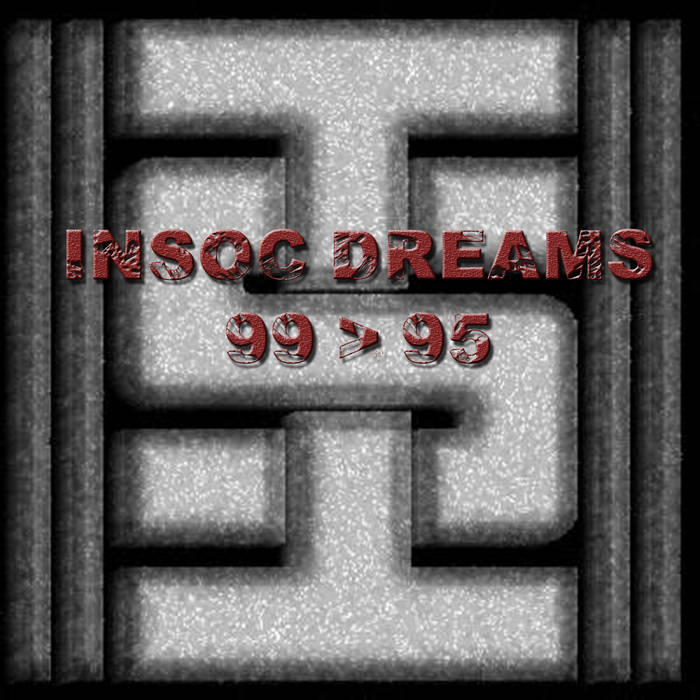 Earlier 1995 I had a very bad computer with a Sound Blaster 16 which was still a half-duplex soundboard, which means if you play you can't record and vice-versa. So for mixing purpose I was forced to use always an Tape Deck to record a part of the song, then record back to computer already mixed, but multitrack software in real time with waves wasn't available either.

My PC was a 386DX40 with 4mb of RAM and my CPU wasn't enough to handle many tracks, since I don't had money also for real instruments everything was made with computers only, with the same tech used to do music to games on that time, more than a decade before the first VSTi ever be released and even more to people really start to doing everything on computers.

But have lots more, we dIdn't had any kind of real time FX, so if you want to add some you need to do direct at the wave file from the instrument sample, but this sound very weird when changing their notes, so a good way to make like a Delay for exemple, was using many channels, pushing the notes a little late and lower the volume, then we can have something like an echo FX in that track, but like I said above, we didn't had many tracks available to work, I started with the max of 4 tracks in 1993 and on that time I had only 8 tracks to work with. With more tracks the music will start to get slow, noisy, skips, and lots of problems because the CPU couldn't handle all that stuff together.

With all that in mind you might have an idea about how hard was to make music in these conditions, but aside that, I always managed to succeed even without the sound quality I would like, but I was always more focused in the music and programing.

The first version of "Running" I did simply to learn how the structres of this song were made, and if I could reproduce them, so is basically the SAME as the original version with the limitations I had. I also got several samples from InSoc at Kurt's webpage and would like to try to play with them around, then "InSoc Dream" was born. Both were entirely made with 8-bit samples using Fast Tracker 2.

"InSoc Dream" was just a song 4Fun and doesn't have a single note, just drums and samples, and was my first ever track released to the public when available to download at my site, then many people downloaded and liked very much, even Kurt downloaded and commented about it on the IRC times, which was for me a really cool.

In 1996 I was able to upgrade my PC to a Pentium 100mhz with 16mb of RAM which were still a bad computer, but was 100x better than what I had. So I was able to use more channels and even 16-bit samples with the new version of FT2 with better sound quality. On that period I did really many many songs.

But I can't even edit waves because an uncompressed wave file is about 10mb per minute, so to work with a 5mins track we need at least 50mb of RAM. I save money for months to finaly buy 80mb of RAM and a 133mhz CPU upgrade to be able to work with full wave files, and to do some edits like I never had access before.

In 1998 I decided to do my own version of "Running" then using my old file as the base of the programming of the new one, and adding my personal touch to one of my all time favorite songs ever. This version was released online at my site. On that time I already released several tracks online for free.

With the notable improvements people started for ask me for a new updated version of "InSoc Dream", then "InSoc Dream '98" was made and released at my site to everyone and also in the bootleg CD InSoc Rarities II.

At late 1998 Kurt started the project Internet InSoc Tribute Album with songs made by many fans around the world and I would love to enter but I knew that I will not have a good sound quality in the end, but I did anyway after a strange idea to make a "Repetition" version even slower than the original one.
Tryed to find a vocalist on the early days of internet here in Brazil and found Isa which did the vocals for me, aside a very poor mic from Creative Multimedia Kit borrowed from a friend, and still the tape process to record more channels to be able to mix my programming with her vocals, that's why her vocals are a little out of tune, never was her fault, but because the tape rotation interference, the play rotation wasn't exact the same as recording. :/

So like this "Repetition" born with lots of problems and bad sound quality sadly, how I wish to have money to pay Studio time to record her vocals with a real mic and with good quality, but on that time I was very poor, I was glad enough to have a computer. Maybe one day I'll remake this tracks in way I always wanted to.

In 1999 the band Synthetic Conspiracy (Michael Pacheco) contact me about my "Running '98" version with the interest to use my programming skills to cover "Running" this time to the Internet InSoc Tribute Album, since he already entered with a very bad version of "Think" earlier, and because that I became a little suspicious about how this could end into another crap version and waste of time.

But I agreed anyway and we talked few times about new ideas to mix my version with the live version from the season 1992/1993, which I liked a lot. We are in almost the end of the year, and I'm was really out of time because I'm was finishing my college.

I made some ajusts and send back the file to Michael put the real keyboards replacing my bad samples, vocals and better production in a studio. Aside I'm wasn't satisfied with his vocals on "Think".

Then I only listen the final version, with a very high quality and his vocals surprised me, doing a great job, and another big surprise was a very nice female vocals by Deva finishing in a great track. He dropped "Think" to enter "Running" instead in the project, which become the best track of all submissions.

I hope you all like this travel in time. :D

Kurt Harland : Original Samples
Freddy Hajas : Programming, Production, Mixing, Arrangement, Sampling... Everything else.
Based and Inspired by original music from Information Society
In Order: Come With Me, What's on your Mind, Running and Walking Away.

All tracks created with Fast Tracker II over MS-DOS.
No MIDI, no plugins, no FX, no VST, no VSTi, really NOTHING more was used in the making of all these tracks.

Bandcamp Daily  your guide to the world of Bandcamp

Featuring appearances from Kari Faux, Bluestaeb and and interview with NY-bred artist Wiki